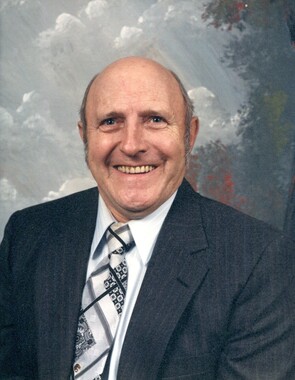 Back to Adam's story

Adam S. Idlewine, Jr., 90, of Westport passed away at 7:00 a.m. on Tuesday, February 11, 2020 at Aspen Place Health Campus in Greensburg. He was born on September 16, 1929 in Westport, the son of Adam S. Idlewine Sr. and Ellen Ruth (Belt) Idlewine. Adam was a lifelong resident of Decatur County and graduated from Sandcreek High School in 1947. He had worked at Arvin's for 12 years and retired from Cummins in 1988 after 29½ years of service. He served in the U.S. Army during the Korean conflict. Adam was past president of the Sandcreek Alumni Association 4 times and had also been the coordinator for 9 years. He was a member of the Westport Senior Citizens. He enjoyed woodworking and farming. He married Sarah G. Lehman in Westport, on June 17, 1951 and she survives. Other survivors include his daughters, Rita Faye (Rick) Bennett and Londa Sue Thompson both of Westport, Patricia Christian of Columbus; sister, Elnora (Harvey) Sturdivant of Westport; brothers, Francis Idlewine of Greensburg and Norman (Sheila) Idlewine of Westport; 5 grandchildren, Christopher (Jennifer) Thompson of Shelbyville, Diana Shaw and Reneigh (Scott) Martin both of Greensburg, Marc (Cassie) Shehan of Alabama and Pam (Darren) Fields of North Vernon; 11 great grandchildren and 4 great-great grandchildren. He was preceded in death by his parents; sister, Donna Marshall; brothers, Gerald Edward Idlewine and James Joseph Idlewine and grandson, James Adam Monroe. Funeral services will be conducted at 11:00 a.m. on Saturday, February 8, 2020 at the Bass & Gasper Funeral Home in Westport with Pastor Mike Bartlett officiating. Burial will follow at the Westport Cemetery with military graveside rites. The family will receive visitors on Friday, February 14, 2020 from 4:00 p.m. until 8:00 p.m. at the funeral home. Memorial contributions may be made to the American Heart Association or The American Cancer Society through the funeral home. Online condolences can be made to the family at www.bassgasper.com
Published on February 12, 2020
To send flowers to the family of Adam S. Idlewine, Jr., please visit Tribute Store.

Send flowers
in memory of Adam

A place to share condolences and memories.
The guestbook expires on May 12, 2020.