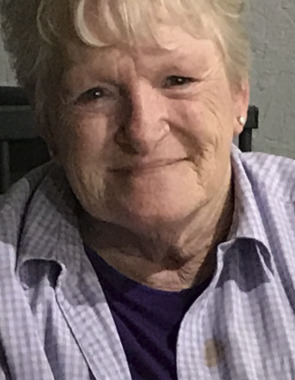 Back to Catherine's story

Catherine "Katie" Ledford, 73 of Greensburg, passed away on Wednesday, March 18, 2020 at the Our Hospice Facility in Columbus. Katie was born on July 28, 1946 in Decatur County, the daughter of Casper and Claris (Hawkins) Wilmer. She was a 1964 graduate of Burney High School. On May 21, 1965 she married Ronald "Gar" Ledford, and he preceded her in death on November 11, 2015.
Katie worked as a nurse for Dr. Domingo in Greensburg for 10 years. She was co-owner of Gimme Yogurt in Greensburg and later owned Katie's Shoppe in Columbus from 1990 - 2000.
Survivors include her daughters - Betzi (Kevin) Vires of Greensburg and Mandy Ledford of Greensburg; her grandchildren - Kristopher (Tasha) Ledford and Baili (Matt) Laudick; her great grandchildren - Linkin Laudick, Mia Laudick, Chesnie Lewellyn, Harper Ledford; three sisters - Sherry Israel, Martha Sneed and Rita Veerkamp; and two brothers - Bert Wilmer and Casper Wilmer II. She was preceded in death by her parents, her husband, two sisters - Margaret Kroger and Marianna Beckett, and two brothers - Chuck Wilmer and Lowell Wilmer.
The family has made the difficult decision to postpone services because of the current health climate. There will be no calling at this time, instead a celebration of life will be held at a later date. Memorial contributions may be made to Our Hospice of South Central Indiana. Online condolences may be made to the family at www.gilliland-howe.com.
Published on March 19, 2020
To plant a tree in memory of Catherine Ledford, please visit Tribute Store.

Plant a tree in memory
of Catherine

A place to share condolences and memories.
The guestbook expires on June 17, 2020.

Lori Dietrich
Betzi,
So sorry for the loss of your mother. Much compassion towards you and your family.
Dennis & Kathy Ruble

We are so sorry for your loss, she was the best, always treated us with the utmost kindness. Take care and remember the good times, she no longer suffers.

Dennis & Kathy Ruble
We are so sorry for your loss, she was the best, always treated us with the utmost kindness. Take care and remember the good times, she no longer suffers.
Bob Sebastian
Betzi,
I am so sorry for loss.
All my sympathy,
Bob
View all