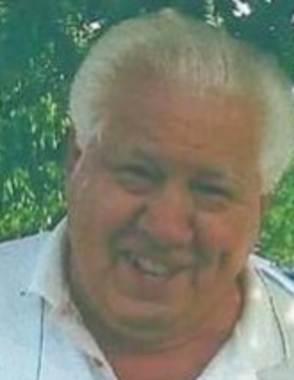 Back to Cecil's story

Cecil L. Ruble, age 77, of Greenwood, passed from this life on Wednesday November 13, 2019 at Community Hospital South in Indianapolis. He was born on Saturday August 8, 1942 in Greensburg Indiana to Albert and Kathryn (Biszantz) Ruble.
Cecil is survived by his wife Julie (Barney) Ruble, sons John and Greg Ruble, Jeff and Josh Mattes and William Rather. A daughter Heather Rather Lambert, sisters Sherry Clark and Linda Dean. Grandchildren, Kortney, Dustin, Colton, Luke, Riley, Kail'c, Khrysteen and Kyla, five great grandchildren also survive. Cecil was preceded in death by his parents, a son Howard Ruble a brother Donald Ruble and a sister Lucy Ruble.
Cecil was a Railroad freight engineer for over 30 years working for Conrail and CSX. He was a former member of the Railroad Union and the Moose Lodge. He was also a Proud Army Veteran.
A Celebration of his life will be held Saturday, January 18, 2020 at the Greenwood American Legion Post 252, 334 US 31 in Greenwood, IN 46142, from 1:00PM-5:00PM.
Indiana Memorial Cremation and Funeral Care was honored to serve the Ruble family.
Published on January 15, 2020
To plant a tree in memory of Cecil L. Ruble, please visit Tribute Store.

Plant a tree in memory
of Cecil

A place to share condolences and memories.
The guestbook expires on April 14, 2020.