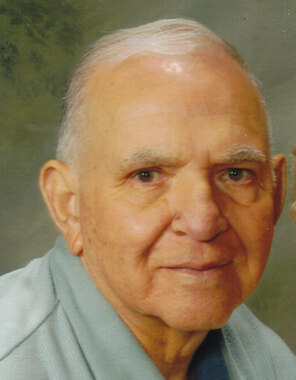 Back to Charles's story

Charles William Kramer, 90 of North Vernon, IN. Charlie was born July 31, 1928 in Batesville, Indiana to the late Clarence Albert and Vera (Harris) Kramer. After a brief illness, he left this Earth on June 1, 2019 at St. Vincent Hospice in Indianapolis, Indiana.
After 21 years of service, he retired from Air Force as a Staff Sergeant in 1969.
He worked for Columbus Auto, Columbus, Indiana, for a number of years before retiring permanently.
Charlie was married to Marilee Sparks-Narwold-Kramer who preceded him in death on December 20, 2004. He then married Martha Elliott-Miller-Kramer of North Vernon, IN on August 8, 2011 and she survives.
In addition to his wife, Marilee, and parents, he was preceded in death by his older siblings Omer, Edgar, Raymond and John Kramer, Arietta Ahrens, twins Margaret Fowler and Marjorie (John Lee) Drockelman and Marian Kessens. He will be missed by his family and large circle of friends.
According to Charlie's wishes, there will be no public visitation or formal service. Gilliland-Howe Funeral Home is entrusted with the arrangements. Interment will be held in South Park Cemetery in Greensburg. On-line condolences may be made to the family at www.gilliland-howe.com.
For those who wish to honor his memory, donations can be made to St. Vincent Foundation, Attn: St. Vincent Hospice, 8402 Harcourt Rd., Suite 210, Indianapolis, IN 46260.
Published on June 3, 2019
To plant a tree in memory of Charles William Kramer, please visit Tribute Store.

Plant a tree in memory
of Charles

A place to share condolences and memories.
The guestbook expires on September 01, 2019.