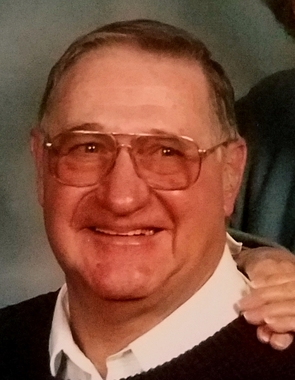 Back to David's story

David Artmeier went home to be with the Lord on January 8, 2020. He was born July 24, 1938 in Decatur County, the son of Louis and Mary (Granger) Artmeier. He married his high school sweetheart, Connie Woodin on June 28, 1959 in the Clarksburg Christian Church. Connie was the daughter of J.J. "Jeff" and Sophia Woodin. David attended Richland Elementary School and Clarksburg High School where he was a 1956 graduate.
David immediately started working at General Electric in Shelbyville. General Electric was sold to Wellman Corporation and he worked for them for 43 1/2 years.
He served in the National Guard and the US Army Reserves. He served for many years as deacon, elder and trustee of the Rushville Church of Christ. David was a "jack of all trades" and enjoyed mowing the church lawn in his later years.
David was a proud member of the Rushville Pioneer Engineer's Club. He was also very proud to be a member of the Oil Field Engine Society as well. His pride and joy was his Oil City Boiler Works half breed (half steam/half gas) Oil Field Engine. It is #20, which makes it the oldest known Oil City Boiler Works that is operational.
David was very proud of the fact that he found this oil field engine in a scrap yard, rescued it and restored it. He donated this oil field engine to the Pioneer Engineer's as a permanent display. David collected and restored gas engines as well...he always had a project going in his garage.
David is survived by his wife of 60 years, Connie,of Rushville, his daughter, Jane Meyer (Kevin) of Osgood, his son, Paul Artmeier, granddaughters, Callie Spilman of Loveland, OH and Shelley Spilman of Muncie. David has 2 surviving siblings, Richard Artmeier of Charleston, SC and Gwendylene Matthews of Greensburg. He has several surviving nieces and nephews. He was preceded in death by his parents, 2 brothers & 4 sisters.
Services will be held at 1 PM Monday, January 13, 2020 in the Rushville Church of Christ with Pastor James Coyle presiding. Friends are welcome to visit the family at the church on Monday from 11 AM until time of service. Burial will be in the Clarksburg Cemetery.
Memorial contributions may be made to the Rushville Church of Christ or to the Rushville Pioneer Engineer's Club.
Moster Mortuary, Rushville, entrusted with arrangements.]
Published on January 10, 2020
To send flowers to the family of David Artmeier, please visit Tribute Store.

Send flowers
in memory of David

A place to share condolences and memories.
The guestbook expires on April 08, 2020.

Joy Miers
My Uncle David (Bo) was a very kind, gentle , and generous man.He will be missed by all his family.
View all