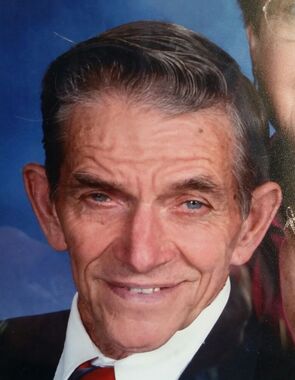 Back to Gary's story

Gary Edward Stier, 76, Napoleon, IN passed away on Monday, February 25, 2019 at The Christ Hospital in Cincinnati, OH.
He was born on May 16, 1942, the son of Edward and Marie (Schoettmer) Stier in Millhousen, IN. He was the eldest of eight children: Kenneth, deceased (Carol Moeller Nowlin) Stier, Columbus; Marvin (Ann) Stier, Millhousen; Carl (Rosie) Stier, Greensburg; Eileen (Mike) Vinson, Cincinnati; Janet (Zach) Bledsoe, Warsaw, KY; Stephen (Karen) Stier, Batesville; Kathy (Mike) Kohrman, Greensburg.
He graduated from Napoleon High School in 1960.
Gary married the love of his life, Dorothy Gehl, on August 25, 1962, and she survives. They were inseparable until his death. They inspired many couples and their families by the love they shared. He worked for 42 ½ years in the maintenance department at Batesville Casket before retiring in 2005.
He is survived by four children, David (Susan) Stier, Philadelphia, PA; Cecilia (Jerry) Rose, Batesville; Anita (Mark) Fry, Greensburg; and Doug (John Glick) Stier, Greensburg. He is also survived by eight grandchildren: Reece, Connor, Spencer, and Rachael Rose; Adam, Olivia, and Kalie Fry; and Christian Stier.
He loved dancing, playing volleyball, fishing, hunting, playing cards, spending time with his family, and was an avid eater of ice cream. He was always playful, and he was known as a practical joker. He was an active member of St. Maurice Catholic Church in Napoleon where he and Dot cantored and served as marriage sponsors and Eucharistic ministers. He was preceded in death by his parents and his brother, Kenneth Stier.
A Rosary Service will start at 3:30 on Friday, March 1, 2019 at Porter-Oliger-Pearson Funeral Home followed by visitation from 4-8 pm.
A Funeral Mass will be held at 10 am on Saturday, March 2, 2019 at St. Maurice Catholic Church in Napoleon with Rev. Bill Turner officiating. Burial will follow at St. Maurice Catholic Cemetery in Napoleon. Memorials may be made to the St. Maurice Building Fund or to ALS in honor of Gary's Brother, Kenny. Online condolences can be made at www.popfuneralhome.com
Published on February 27, 2019
To plant a tree in memory of Gary Edward Stier, please visit Tribute Store.

Plant a tree in memory
of Gary

A place to share condolences and memories.
The guestbook expires on August 25, 2019.