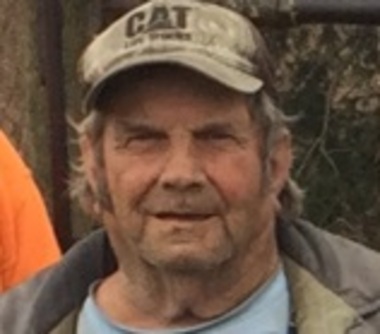 Back to Howard's story

Howard Lee "Shorty" Merritt, 75, of Greensburg, passed away at 12:50 p.m. on Saturday, December 8, 2018, at his residence. He was born on August 2, 1943 in Decatur County, the son of Denzil & Alice (Wilson) Merritt. He has been a lifelong resident of Decatur and Jennings Counties. He enjoyed hunting, fishing and gardening. He was a US Army veteran having served during the Korean War. Survivors include his daughter, Donna (Uriah) Coy of Greensburg; sons, Paul Joe (Lisa) Sweezey of Oldenburg, Denzil Lee (Christy) Merritt, Chris Merritt and Robert Merritt all of Greensburg; brothers in heart; Dave White and Steve Garrett both of Greensburg; 10 grandchildren and 2 great- grandchildren. He was preceded in death by his parents, biological mother, Marjorie Dyer and sister, Patty Wilson. Funeral services will be at 2:00 p.m. on Thursday, December 13, 2018 at Bass & Gasper Funeral Home with Mark Vice officiating. Burial will be at the Rodney Baptist Cemetery with Military graveside rites. A time of visitation will be held on Thursday from noon until service time at the funeral home. Memorial contributions may be made to Our Hospice of South Central Indiana through the funeral home. Online condolences can be made to the family at www.bassgasper.com
Published on December 10, 2018
To plant a tree in memory of Howard Lee "Shorty" Merritt, please visit Tribute Store.

Plant a tree in memory
of Howard

A place to share condolences and memories.
The guestbook expires on March 10, 2019.

Restore the guestbook to view the 3 more posts by family and friends, and share a memory or message of condolence of your own.