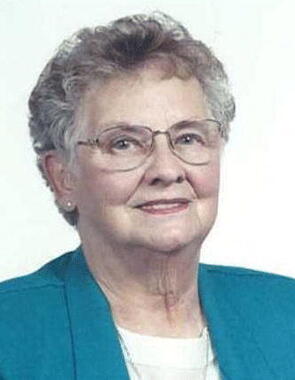 Back to Kathryn's story

Born February 12, 1926 in Jefferson County, Indiana she was the daughter of George & Ida (Flint) Chadwell. She married
Thurman Donica on December 14, 1952 and he preceded her in death in December 1997.

Mrs. Donica graduated from Sandusky High School in 1944, and retired from GE/Wellman after 26 years of service.
She was a volunteer at Major Hospital for 25 years, and was a member of Sandusky United Methodist Church where
she served as treasurer for 20 years, and was actively involved in many church functions. She was an active member of
United Methodist Women, Alpha Pi Sorority, and St. Joseph's Social Club.

Lucille enjoyed cooking for family & friends and was especially renowned for her pies. She enjoyed having company,
playing cards, and quilting & sewing.

Funeral services will be 10:30am, on Wednesday, June 12, 2019 at Glenn E. George & Son Funeral Home, 437 Amos Rd,
Shelbyville, In, with Rev. Richard Waddle & Pastor Margaret Lowe officiating. Burial will be in South Park Cemetery in
Greensburg, In. Visitation will be observed on Tuesday, June 11, 2019 from 4:00-7:00pm at the funeral home.

Memorial contributions can be made to Sandusky United Methodist Church or OUR Hospice of South Central Indiana,
in care of the funeral home.

Online condolences may be shared at glennegeorgeandson.com
Published on June 7, 2019
To plant a tree in memory of Kathryn Lucille (Chadwell) Donica, please visit Tribute Store.

Plant a tree in memory
of Kathryn

A place to share condolences and memories.
The guestbook expires on September 05, 2019.