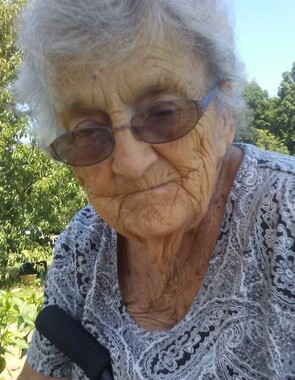 Back to Kay's story

Kay Frances Fox, 80, of Westport, passed away at 3:00 p.m. on Thursday, January 16, 2020 at Columbus Regional Hospital. She was born on November 1, 1939 in Zenas, Indiana the daughter of Ford J. & Goldie (Strickland) Allee. She was born and raised in Zenas and has been a Westport resident for the past 63 years. She graduated from North Vernon High School in 1957 and retired from the Muscatatuck State Developmental Center in 1997 after 32 years of service. She married Donald E. Fox on June 10, 1957 in Westport. He preceded her in death on May 31, 2003. Kay is survived by her sons, Anthony Fox of Elizabethtown and Terry L. Fox of Westport; her daughters, Annette Capper of Greensburg, Cindy Fox of Westport; her sisters, Peggy Frost of Greenwood, Shirley Bush of Batesville; her 13 grandchildren; 16 great grandchildren and 1 great-great granddaughter. She was preceded in death by her parents, her husband; brothers, Ronald Allee, Gerald Allee, Jerry Allee and sister, Anna LaFollette. Funeral services will be conducted at 2:00 p.m. on Monday, January 20th, 2020 at the Bass & Gasper Funeral Home with Mickey Utz officiating. Burial will follow at Rockcreek Cemetery. Visitation will be held on Monday from 12:00 p.m. until time of service at 2:00 p.m. Online condolences can be made to the family at www.bassgasper.com
Published on January 17, 2020
To plant a tree in memory of Kay Frances Fox, please visit Tribute Store.

Plant a tree in memory
of Kay

A place to share condolences and memories.
The guestbook expires on April 16, 2020.