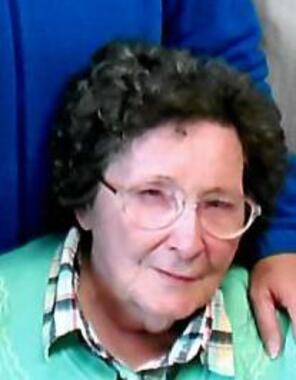 Back to Martha's story

Martha J. Boilanger, 86, of Hartsville, passed away Saturday, December 7, 2019 at Miller's Merry Manor.
Martha spent most of her life as a homemaker. Before retirement, she worked part-time at Hartsville Post Office. She was a charter member of First Baptist Church of Hartsville and Hartsville Fire Department Women's Auxiliary.
She enjoyed being with her family.
Born on September 16, 1933 in Decatur County, Martha was the daughter of Ralph Denby and Inez Kelley Israel. She graduated from Burney High School in 1951. She married Jules Alfred Boilanger on January 4, 1952 and he preceded her in death on October 20, 1989.
Survivors include children, Julie (Dave) Narwold of Greensburg, Daniel (Julia) Boilanger of Westport, and Mark (Marlisa) Boilanger of New Palestine; grandchildren, Jamie Wheeler of Columbus, Michael Narwold of Maryville, TN, Amanda (Jeremy) Wade of North Vernon, Jared (Amanda) Boilanger of Westport, and Noah Boilanger of New Palestine; great-grandchildren, Abby Wheeler, Ali Boilanger, Austin Boilanger, Zoe Wheeler, Brooklyn Wade, and Landon Wade; brothers, Charles Israel of Burney, Dennis (Juanita) Israel of Greensburg, Kenneth (Karen) Israel of Hope, and Max (Wanda) Israel of Columbus; sisters, Carol Workman of Hartsville and Sally (Wavie) Stoner of Columbus; brother-in-law, Cecil Workman of Columbus; and sister-in-law, Sherry Israel of Greensburg.
Martha is preceded in death by her parents; husband; brothers, Kyle Israel Sr., and Ralph Denby Israel Jr.; sisters, Mary Ann Workman and Betty Sue Israel; and two great-grandchildren.
A funeral service will be held on Wednesday at 10 a.m. at Norman Funeral Home. Visitation will be Tuesday from 4 to 7 p.m. and one hour prior to the service on Wednesday at the funeral home. Burial will follow at Hope Moravian Cemetery.
Memorial contributions may be given to Our Hospice of South Central Indiana, Hartsville Fire Department, or First Baptist Church of Hartsville.
Online condolences may be sent to the Boilanger Family at www.normanfuneralhome.net.
Published on December 10, 2019
To plant a tree in memory of Martha J. Boilanger, please visit Tribute Store.

Plant a tree in memory
of Martha

A place to share condolences and memories.
The guestbook expires on March 08, 2020.