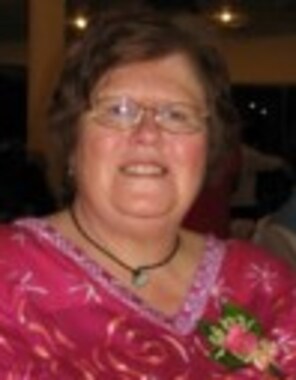 Back to Pamela's story

Pamela Sue Hartman, 66, of Greensburg passed away on June 11, 2019. She was born on February 22, 1953 in Hamilton, Ohio, the daughter of Mike and Barbara Westrich. Pam was a 1971 graduate of North Dearborn High School. She married David J. Hartman in 1974 and together they had two children Barbara and David. Pam worked at Pizza King and then at Walmart as a Pharmacy Clerk for many years. She was a member of St. Mary's Catholic Church.
Survivors include: Husband- David J. Hartman; Son- David (Kanitthar) Hartman; Daughter- Barbara (Justin) Ashley; Grandchildren- Lilly and Evie Ashley and Dylan and Sophie Hartman; Brothers- Ken (Sandy) Westrich and Mark (Nancy) Westrich; Sisters- Vella (Wayne) Reiman and Kathy (Alan) Hess; and Sister in Law- Donna Westrich. She was preceded in death by her Parents and Brother- Mike Westrich.
Visitation will be held on Saturday, June 15, 2019 from 10am until the start of the funeral service at 12pm at the Gilliland-Howe Funeral Home with Fr. John Meyer officiating. Burial will follow at St. Mary's Catholic Cemetery. Memorial contributions may be made to the American Heart Association. Online condolences may be made to the family at www.gilliland-howe.com.
Published on June 12, 2019
To plant a tree in memory of Pamela S. Hartman, please visit Tribute Store.

Plant a tree in memory
of Pamela

A place to share condolences and memories.
The guestbook expires on September 10, 2019.