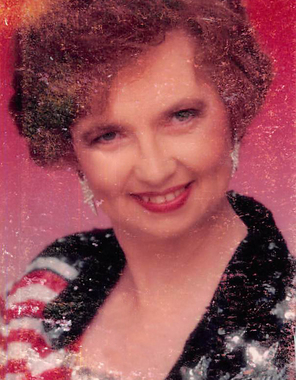 Back to Sandra's story

Sandra S. Armstrong, 66, of Columbus, died at 7:14 a.m. June 1, 2019, at her home.
Sandra was born September 17, 1952, in Detroit, Michigan, the daughter of Jimmie Lee and Clara Sue Shafer Taylor. She married Ernest D. Armstong May 23, 1980.
She had served in the U.S. Army from September 16, 1974, to January 13, 1976, and had previously volunteered with the Bartholomew County Veterans Honor Guard. Sandra enjoyed doing various crafts.
A memorial service will be conducted at 7 p.m. Wednesday, June 5, 2019, at Jewell-Rittman Family Funeral Home, Columbus, with the Rev. Marcus Speer officiating. Military honors will be presented by the Bartholomew County Veterans Honor Guard. Calling will be 5 p.m. until time of service Wednesday. Inurnment will be at the Indiana Veterans Memorial Cemetery, Madison, at a later date.
Memorials may be made to Indiana Veterans Memorial Cemetery, Our Hospice of South Central Indiana or the donor's choice of charity.
Survivors include her husband, Ernest; son, Kenn (Jennifer) Busse of Dallas, Texas, and stepsons, Leroy (Julie) Armstrong of Elizabethtown and Ernest Armstrong Jr. of Columbus; sisters, Melanie Taylor and Patricia Carmichael, both of Columbus; grandchildren, Connor, Kenzie, Caitlyn, Baylie, Natasha, Emma, Cheyenne and Corbin; and several nieces and nephews.
She was preceded in death by her parents; and grandparents.
You are invited to light a virtual candle and send a message to the family via the internet.
Information: www.jewellrittman.com.
Published on June 3, 2019
To plant a tree in memory of Sandra S. Armstrong, please visit Tribute Store.

Plant a tree in memory
of Sandra

A place to share condolences and memories.
The guestbook expires on September 01, 2019.